One of the projects that we recently finished was the bumpers. In last year's competition we did not need to have bumpers as the teams where completely separated, but this year they are, as is the norm, required. To create these we first had the build team secure pool noodles to wood using the fabric that signifies our team color, then they added the Velcro for the ease of changing our team color (red or blue). After that the business team created stencils, then painted our team number onto all of the 8 surfaces for our bumpers. As with many things this year, these are most certainly the best bumpers we have had thus far, and we look forward to driving onto the playing field come April 6th. 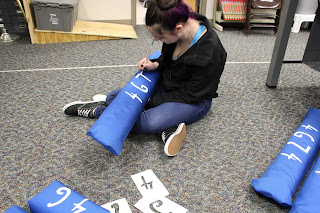 The diver station is one of the most important assets to our team when we are competing in scrimmages or the FRC itself. It is where our laptops and controllers are stationed to remotely control the robot on the field, and also helps to represent us as a team. Some teams go the simple route with their driver station, while others go all out with LED's, Velcro and other fancy stuff. This, as with many other things this year, will be the best yet for us. With the artistic expertise of Roger Loyson, Ryan Speck and myself, Hunter Bolte where able to create the main aluminum frame for it using unique aluminum welding techniques. Now all we have to do is insert the LED light strips, the light deffusers, Velcro and other things. Who knows, we may have created the very first tank-proof driver station. 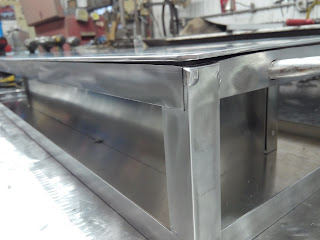 Due to unforeseen inconveniences with money transfers and reimbursement with the Bemidji Area School District, our team had to do a things a little different this year. Now, we fortunately have the Booster Club, which helps with the flow of funds and financial decision making in our team. The people on this include team member's parents and mentors (who may also be parents of our members). These people include Colleen Speck, Nick Rowland, Joyce Siegert, Twila Bolte, Mary Bjerke and Terri Mans. 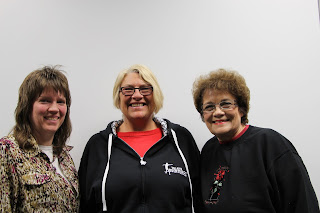 we art going to has't a new parteth in our arsenal of pit items anon, and thee'll heareth about t at which hour we has't t did complete! and i might not but eke bid thee about the new cam'ra we did get f'r the team on the next posteth!

-Author Hunter Bolte
Posted by robojacks4674 at 1:55 PM No comments:

The FIRST Robotics Competition that we will be attending will be in Minneapolis, Minnesota at the U of M campus. We will leave April 6th and be coming back on April 9th, more details can be found in the CADD lab at BHS if you are attending. A few things we have left to do include making the winch system for lifting the robot, getting the new media camera in and having the t-shirts ordered. Again I must say we are fortunate to be in one of the latest brackets the FRC, so we have had more time to prepare than we ever had in previous years. 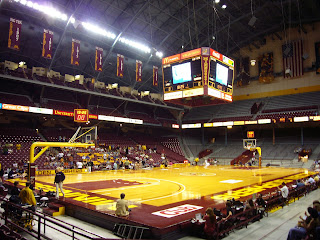 During each competition we go to either the Duluth or Minneapolis Regionals for the FRC. Since the competitions last about three days (depending on how far we advance), we need to stay at a hotel or motel of some sort. For our first competition as a team, we stayed at the Radisson for the Duluth regional, which was a nice hotel overall and even had a rotating restaurant atop it. It seems we are re-living our old days, as this year we will be staying at the Radisson in Roseville, which is conveniently located near our competition site! 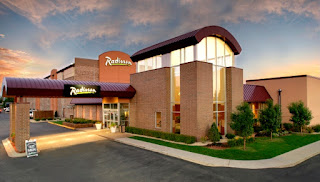 After build season had ended, Conway chose the top 10 people to automatically go to the competition, and to also vote on who else is going to competition. After about an hour in the CADD lab, they decided that all the people who applied deserved to go. Nothing is final on the matter of what will be paid for and what will not, but the hotel and transportation will for sure be paid for all students on the list.

Below is the list of people on our team eligible to go.

The Business Team and the Build Team have collaborated together to make both the trees and the archway for our pit, which are the main parts of the new setup we are having this year. Below are pictures of what the trees will look and what the archway looks like. 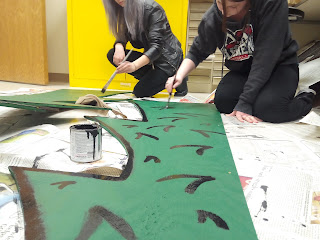 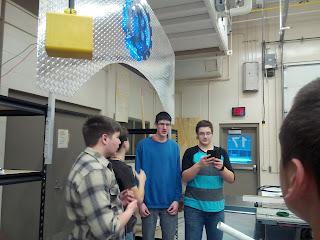 Jenna Fuerstenburg created a model based on the logo that Star Bolte drew, for what you may call a souvenir of the Robojacks. After playing around with the two 3D printers here at BHS and the one that Ryan Speck has, we have produced some nice results. The reasoning behind this is to be unique, because at the competition teams often had bins outside their pit areas for other teams to grab buttons with there team name and number on it, a tradition if you will. So we have decided to 3D print these instead of making buttons. 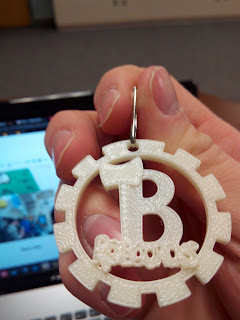 things art sloweth anon, but some of us art still hard at w'rk with some things. thankfully our competition is not until april, so we still hast much timeth to geteth the winch system done. and sirrah doth i looketh f'rward to getting the cam'ra in!

-Author Hunter Bolte
Posted by robojacks4674 at 2:24 PM No comments: